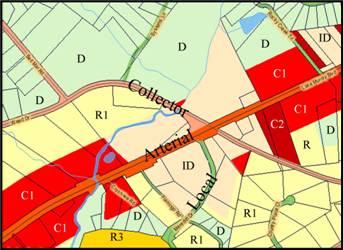 A zoning permit is required for:
• New Construction
• Changes to Existing Structures
• Site Improvement
• Change in activity at the property
• New tenants
• New signs or sign modifications
• Home based businesses

Board of Zoning Appeals

There are nine members of the Lexington County Board of Zoning Appeals (BZA), each representing a Council District. The BZA hears appeals and requests for variances from the Zoning Ordinance. The BZA meets on the 2nd floor of the County Administration Building at 6:00 p.m. on the third Tuesday of each month. The deadline for a project to be put on the BZA agenda is is no later than Noon (12:00 p.m.) on the second (2nd) Friday of the month preceding the month of the meeting. (Example: The deadline for the July meeting would be no later than noon on the second (2nd) Friday in June.)

BZA meetings are aired live on Spectrum 1302. You can also view a recording of previous BZA meetings by visiting the Lexington County Video Web Portal

Board of Zoning Appeals Meeting Agenda