Built in 1772 in what was then called Saxe Gotha Township, the Laurence Corley Log House is the oldest documented house in the town of Lexington.   Originally located near the area where U.S. Highway #1 crosses over Twelve Mile Creek, it was moved around 1800 to higher ground.  It wa 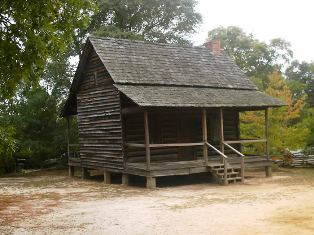 s then moved again to its current location at the Museum in 1973.

Laurence Corley served in the Revolutionary War in Captain Gabriel Friday’s militia and is notable for owning most of the land which the Town of Lexington now occupies.  Although Laurence died in 1815, his second wife, Barbara Derrick Drafts Corley, sold several acres of land to the state in 1819 in order to establish the Town of Lexington.  She is affectionately known to locals as “Granny Corley.”

This type of log house was the typical dwelling for the settlers who came to this area in the Colonial period.  It is built of a log framework with vertical wide boards inside and features the original porches.  The logs of the Corley Log House were never chinked.  The house featured very little that was not utilitarian, as life on the Carolina frontier was very rough.  The only original windows were two small holes on each side of the fireplace.  The small size of the original windows let in fresh air but protected the inhabitants from wild animals and bandits.  The downstairs room was the main room of the house.  In it are the cooking fireplace, which was originally made of sticks and mud; eating space; work area for spinning and weaving; and sleeping space.  The upstairs loft was used for sleeping. 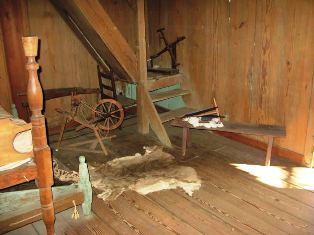 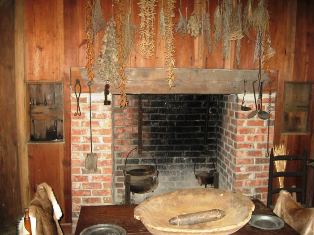